As an upper cervical chiropractor in Redwood City, CA, I have helped quite a few pregnant women find relief from their aches and pains as they go through their pregnancies. Recently, expectant mothers have expressed a desire to ensure proper spinal alignment in the hope that it will lower the risk of their child developing autism. The the causes of autism are varied and still being researched. However, there are ways in which upper cervical chiropractic care can help with overall health and wellbeing.

Autism prevents children from socializing properly. Those with autism have difficulty with processing sensory input and with interacting with their surroundings. According to research, genetics is one factor for autism spectrum disorder (ASD), which can begin to develop during weeks 10 to 24 of a woman’s pregnancy. In addition to genetics, the environment also plays a big role, particularly with stress due to illness or toxins that the mother encounters during her pregnancy.

The stress that is mentioned here is not the typical kind of stress that someone experiences after a hard day at work. The pregnancy stress mentioned here is physical stress due to a severe illness or exposure to toxins that the woman’s body has to deal with during the pregnancy. If this stress is endured during the second or third trimester, it can affect the baby’s brain development.

For this reason, expectant mothers need to keep themselves healthy during pregnancy. Upper cervical chiropractic care can be one part of a mother’s care team for her pregnancy.

Any time the top two vertebrae move out of their correct positions, the brainstem endures unnecessary pressure. In turn, this affects the proper function of the central nervous system. As an upper cervical chiropractor in Redwood City, I help my patients achieve improved function of their central nervous system through gentle and precise upper cervical adjustments. I use diagnostic imaging and other exam results to assess each patient’s situation and develop an individualized plan of care.

If you’re pregnant or trying to become pregnant and are curious about how upper cervical chiropractic can help your current health situation, you can schedule a complementary consultation by calling Advanced Spinal Care at (650) 595-0500 or by filling out the website’s contact form. 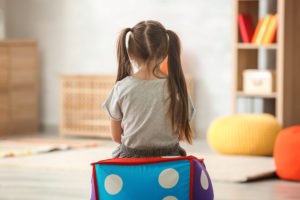 When it comes to autism, the most commonly asked question is whether genetics or one’s environment plays the primary role in causing it. So far, research has confirmed that both can have a significant part in the development of autism. In 40% of cases, inherited genes have been shown to play a big role. But one thing to keep in mind is that during the months in utero while the fetus is developing and growing, the environment (such as nutrition, exposure to toxins, etc.) can affect the genetic details of the child and could trigger autism.

Children with autism are unable to process and understand their surroundings the way people normally do. It seems that a vital time of genetic development occurs somewhere in the 10-24 weeks period of gestation. This would be the time the possibility of autism being triggered would be the most likely. Another important window of time is anywhere from newborn up to age 6, during which multiple factors could influence the body and brain, leading to autism.

If the baby is unable to process his or her environment properly while in the womb, it could mean a delay of growth and slowed maturing. The outcome of this kind of situation could be stunted social functions in the future. What factors could cause this to happen? One of the major causes would be high experiences of stress on the mother of the baby. This could be from illness or an infection the mother experienced during pregnancy, particularly during the second and third trimesters, which are important times for the baby’s health.

How a Healthy Spine Can Help with Autism

An important factor when it comes to the health of baby and mom is having a properly functioning central nervous system and brainstem. This can be achieved and checked by reaching out to an upper cervical chiropractor for help. If the upper bones of the neck have a slight misalignment of even ¼ of a millimeter, it could interrupt the communication between the brain and the body because the misaligned vertebrae put pressure on the brainstem. This can also compromise the immune system. For individuals who have had a history of any type of head or neck trauma, it is highly recommended that they come in for an upper cervical examination. By having your spinal misalignment corrected, you will be taking an important step toward a happier and healthier mom and baby while reducing the risk of autism caused by spinal misalignment. 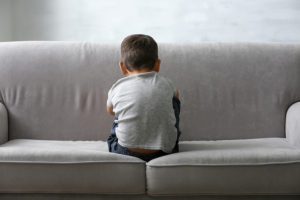 Autism does not discriminate. It can affect anyone at any time, no matter their race, social standing, or where they live. In fact, 1 out of every 68 children get autism and is found more often in boys than in girls. If you are a parent, the last thing you want to hear is that your child has been diagnosed with autism. But, don’t lose hope. There are many successful stories of children with autism greatly improving after receiving care from an upper cervical chiropractor. Let’s look at just one example.

One Girl’s Experience with Autism

A 3-year-old girl was suffering from headaches and other issues. She was experiencing epilepsy, behavioral problems, acid reflux, vomiting, developmental delays, and problems getting sleep. She had been diagnosed with autism spectrum disorder after she met 5 of the criteria in the Modified Checklist for Autism. Her mother decided to bring her to see an upper cervical chiropractor in order to try to improve her condition.

Her medical history stated she was born prematurely weighing only 2 pounds, 5 ounces. She was born at 28 weeks and had to remain in the hospital ICU for 6 weeks. She came home using oxygen because she was diagnosed with sleep apnea.

Upon examination by the chiropractor, it was discovered that she had tenderness in her neck and spine area. It was determined that she did have a misalignment in the bones of her upper neck. The chiropractor gave her an adjustment and within 10 days her parents noticed a big improvement in her head pain, posture, bowel movements, behavioral issues, and eating habits. After 24 days, her parents described her as still making major progress. After 244 days, her parents very gladly reported the majority of her symptoms were gone and she was much more verbal. She was showing no evidence of a relapse.

By correcting a misalignment in the upper neck, the stress being put on the brainstem is relieved. This is often all that is needed to see an end to symptoms of autism and other behavioral issues.