Tourette’s syndrome is believed to be an inherited condition. However, this is not entirely true. Here are the top two reasons that show why genetics is not linked to Tourette’s in all cases:

In some research, a connection between Tourette’s syndrome and head or neck trauma was discovered. The trauma could be any category of injury that occurred early in life. The event could be as simple as a trip and fall. It could even occur as soon as the time the person was still in the mother’s womb. Tics could take place immediately after the trauma or years later. Are there ways to deal with this condition effectively?

There was a 14-year-old boy with Tourette’s. The Journal of Pediatric, Maternal, and Family Health documented the boy's story. The young boy had missed days of school because of the regularity and severity of his tics. The frequency of his spasms became so violent. It happened as often as 1000 times a day. As a result, he got admitted to a hospital for care and observation. He experienced migraines. He was always exhausted extremely.

His prescription medications, used as a treatment for his tics and migraines, accomplished very little. Finally, the teenage boy began to receive upper cervical care. A misalignment in the bones of his upper neck was identified and needed adjustment.

After only five months of regular care, the frequency of the boy’s tics reduced significantly. Furthermore, he was able to decrease his medication intake while continuing to get upper cervical care from his chiropractor. This procedure restored proper communication between his body and brain. As a result, the boy continued to have relief from his Tourettes’ syndrome.

At Advanced Spinal Care in Redwood City, NUCCA upper cervical chiropractic employs a precise and gentle technique that revives the body’s healing potential and also restores natural body balance. Our methods are safe for both adults and children. Our reliable and gentle approach enabled our patients to return to their daily lives without the crippling and frustrating interruptions of Tourette’s syndrome. 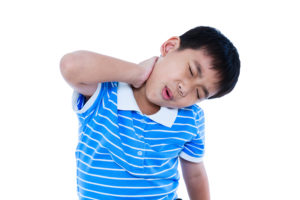 Tourette’s syndrome is diagnosed three times more often in boys than in girls. Out of every one thousand children, three will have Tourette’s syndrome. It is generally accepted that Tourette’s is a genetic disorder. However, this is not always the case. The following facts point this out:

As more and more research is being done on Tourette’s, another possible reason for its development is coming to the forefront. A connection is being seen between head and neck trauma and the onset of Tourette’s. This is often seen right around the time of birth during the prenatal period and may be due to the birthing process itself and the way the baby’s head is turned for delivery. It can also be due to falls or other injuries causing tics to begin. This can start immediately after the injury or a short time later.

Hope Through a Positive Outcome

An experience of a 14-year-old boy is giving hope to those who suffer from this condition. He was diagnosed with Tourette’s syndrome. He had a couple of bad days that caused him to miss school. He was brought to the hospital for care because he was having a massive amount of tics. He was having as many as one-thousand violent motor tics on a daily basis. He was prescribed 10 milligrams of Abilify, 1 milligram of pimozide, and some ibuprofen per day. However, it was not the answer he or his parents were looking for. The tics continued.

His parents decided to try an alternate route of care. They brought him in to see an upper cervical chiropractor. It was discovered that he had a misalignment in the top bones of his neck. He was given care over the course of 5 months and 30 visits. He was pleased with the results. His tics had reduced and he was able to get off of his medication due to the fact that his body was now able to better relay messages to the brain.

Others have found similar success when seeking the care of upper cervical chiropractors.