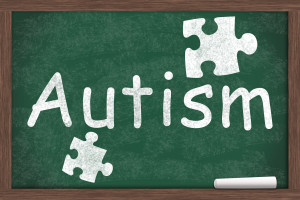 We are in the midst of a worldwide Autism Spectrum Disorder (ASD) epidemic, 1 out of every 150 children are affected. Upper cervical chiropractic approaches such as NUCCA can offer hope. A recent case study by Dr. Borkhuis indicates the tremendous results of a 3-year-old girl suffering with autism related symptoms, including acid reflux, vomiting and seizures.

A Thirty five month old girl presented into Dr. Borkhuis's office with the chief complaint of head pain. She also had a variety of other complaints all seemingly related to the autism spectrum disorder. She was born prematurely at 28 weeks weighing 2 lbs., 5 oz. and after struggling for 2 years with the child's seemingly abnormal behavior and significant developmental delays the parents decided to take her in for a thorough developmental evaluation. The Modified Checklist for Autism in Toddlers was administered and 5 critical items were failed.

Upper cervical chiropractic care was administered to the patient over a course of time and she had a complete resolution of the head pain, acid reflux, vomiting, frequent waking up during the night, and significant improvements in the Autism Spectrum Disorder (ASD) manifestations; calm behavior, increased eye contact, happier demeanor, improved attitude, and an initiation to sound out words.

After 5 months, the patient did not relapse in any of these areas. It was reported by her preschool teachers that she had a significant increase in focus and attention; as well. As more interest in toys, books, and playing more quietly.

The following two months, the patient experienced a significant relapse in acid reflux, vomiting, and waking up during the night presumably because she was not under chiropractic care. After resuming care, the acid reflux symptoms were resolved again within two weeks.

She continues to progress greatly neurologically as is evident with a significantly increased vocabulary, continued improvement in attention and focus, and complete lack of epileptic episodes.

Children with acid reflux, autism, seizures and other neurological conditions should be evaluated for a possible birth injury in the upper neck that is resulting in these symptoms.

Upper Cervical care is safe, gentle and effective at correcting these underlying upper neck problems and getting to the cause of a variety of different issues.