Natural and drugless approach for children with Tourette syndrome, part 2 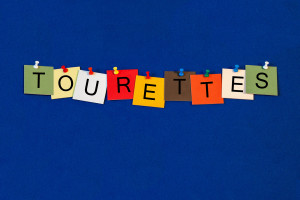 First we look at a 9-year-old boy who began having health problems soon after his birth (a forceps birth). He also fell down the stairs at age 1. He had many infections including ear infections and pneumonia every year for the first several years of his life. He was diagnosed with asthma at age 2 and prescribed inhalers.

By age 7, he was diagnosed with ADHD and Tourette Syndrome. The Tourette's tics occurred head to toe and involved his eyes, neck, voice, rolling of his toes, flinching of his side, and lifting of his arms overhead. In addition, he was diagnosed with insomnia and depression at age 8 and was prescribed 2 different anti-depressant medications. He also experienced neck pain and headaches 3 times per week since age 8.

During this boy's upper cervical exam, a neck injury was found, which possibly stemmed from either his birth or fall down the stairs.

After his first upper cervical adjustment, his mother reported only 2 days later: 1) his attitude and personality were happier, 2) no headaches, 3) no neck pain, 4) no wheezing, 5) tics were cut in half, 6) slept through the night. One month later, no headaches or neck pain occurred over the month; no asthma or wheezing occurred over the month and no asthma medications were used; all motor tics were completely gone and only an occasional verbal tic occurred; sleeping had been consistently improved; personality and behavior had been consistently improved and anti-depressants had been cut in half; attention in school to school work and interaction with other kids in school was also greatly improved.

Six weeks after the first adjustment, all symptoms were absent. All family members remarked that by having his neck injury corrected, the boy had become a completely different, happy, and healthy child.

Next we look at a 15-year-old male who was diagnosed with Tourette Syndrome at age 7. He had no family history of Tourette Syndrome. The tics were constantly present and worsened during times of concentration, such as during reading and writing. In addition, he suffered from chronic neck pain for years. He described himself as having constant daily tightness in his neck and shoulders, especially at the base of his skull.

During this boy's upper cervical exam, a neck injury was found. His mother could not recall any accidents he had suffered as a child that could have caused his neck injury other than typical falls and sports injuries of childhood, although the boy was an avid snowboarder and had taken some falls on his head.

After his first upper cervical adjustment, he reported having a tremendous reduction in tics and neck pain. He couldn't believe how much better his neck felt after so many years of discomfort. Within a month, he was free of tics and neck pain and was able to resume concentrating on school subjects that had previously been too difficult. His mother reported tremendous improvement in his ability to concentrate, complete school work, etc. After being adjusted, he said he completed his math homework easily. In addition, he also reported how much of a relief it was to no longer worry about experiencing tics, especially in front of other people.

During the boy's upper cervical chiropractic evaluation, an upper neck injury was discovered. His mother reported various traumas before her son was 5, including a breech birth, a fall out of the high chair, and skiing falls, that could have contributed to his upper cervical injury. Within 10 days of his first upper cervical adjustment, his parents and teachers noticed a decrease in the tics. In less than 3 months of treatment, all tics were absent.

The purpose of Upper Cervical Spinal Care is to reverse the trauma-induced upper neck injury; thereby reducing irritation to the injured nerves in the central nervous system. While many TS sufferers recall specific traumas such as head injuries, birth trauma, auto accidents or falls, some do not. In certain pediatric cases, the injury can occur from the normal birthing process. An upper cervical examination is necessary in each individual's case to assess whether an upper cervical injury is present and whether benefit from Upper Cervical can be achieved.