Parkinson’s Disease and Head Injuries: What You Need to Know 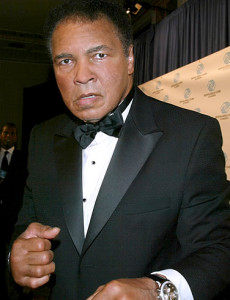 NFL Hall of Famer Forrest Gregg, former heavyweight champion Muhammad Ali and former professional basketball player Brian Grant were all in the news recently.  All 3 of these men played in contact sports, where they suffered repeated head and neck traumas and all 3 of these men have been diagnosed with Parkinson's disease.

Parkinson's disease is a chronic and degenerative neurological disorder that results in the death of brain cells -- specifically, those releasing dopamine, a neurotransmitter. The progression and symptoms manifest differently in each patient. Motor impairments result in symptoms including tremors, slowed movement, postural instability, and loss of balance -- which, among other things, can lead to frequent falls. Additional symptoms include mood disorders, such as depression and anxiety, sleep disturbances and fatigue, speech and swallowing problems, and cognitive impairment ranging from mild memory difficulties to dementia.

In an article in the USA Today, Hall of Famer Forrest Gregg of the Green Bay Packers said that while he and his neurologist blame concussions for his Parkinson's disease, he's not going to sue the NFL like thousands of other former players.  When Gregg was diagnosed, his neurologist, Dr. Rajeev Kumar, a Parkinson's expert and medical director of the Colorado Neurological Institute's Movement Disorders Center in Denver, said the many concussions Gregg suffered during his playing days may have served as a trigger for Parkinson's.

Another news story reported that former boxing champion Muhammad Ali had been receiving treatment for Parkinson's syndrome, even before his 1980 fight with Larry Holmes.  In 1980 Ali  attempted to win the heavyweight boxing championship  for the 4th time at  the age of 38.  He was beaten soundly by Larry Holmes in 10 rounds.   Many people believe that that this is when Ali's Parkinson's syndrome began.  However, new reports are claiming that he received treatment even before 1980 and had noticeable symptoms with his speech and basic motor skills.

And the Huffington Post did a story on former NBA star basketball player Brian Grant of the Portland Trail Blazers who was recently diagnosed with Parkinson's disease as well.   Grant was known as a very physical player and had a variety of head and neck injuries during his career.

The Huffington Post goes on to say "As of today, there is no known cure for Parkinson's, which for Grant is one of the most troubling parts of the disease. "It's something that I'm going to have to live with, and it will never go away," he says. "Emotionally, that's devastating."

However, new research and the definition of a new syndrome by the medical community is providing new hope for the Parkinson's community.  The Cranio-Cervical Syndrome is being visualized in a new way with new technology.   This technology is allowing patients experiencing Parkinson's symptoms to get answers. FONAR UPRIGHT® Multi-Position™ MRI is showing a variety of damage associated with past traumas to the cervical spine and misalignments in the upper neck that are leading to a total or partial CSF flow obstruction.

These obstructions of cerebrospinal fluid flow are leading to changes in the brain, including CSF leaks and increased intracranial pressure. These brain changes are being studied as a probable cause of Parkinson's Disease, multiple sclerosis and other neurodegenerative diseases such as Alzheimer's, ALS, and Childhood Autism.

A symposium was held last year in New York City to discuss the impact of these new findings.  The primary purpose of the symposium was to raise awareness of this syndrome in the medical community. They also identified the need to notify the thousands of current and former athletes within the "Contact Sports" community afflicted by this syndrome.  Symposium organizers stated "that there now exists genuine hope going forward for their symptom-free (or dramatic symptom reduction) future lives."

If you have been diagnosed with Parkinson's disease or any other neurodegenerative disease and were involved in contact sports in your past you should be evaluated by an upper cervical specialist as soon as possible.