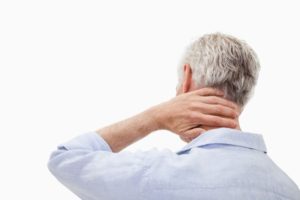 When one receives a blow to the head, it may result in experiencing a concussion. If symptoms do not go away after a few days, the patient may be suffering from post-concussion syndrome. This is usually due to someone having repeated trauma to the head or neck, such as occurs with those who play contact sports. A dangerous condition can ensue when one suffers from repeated concussions referred to as chronic traumatic encephalopathy (CTE). Sadly, this is not able to be officially diagnosed until an autopsy is performed.

There is much debate whether or not CTE actually exists. An article reported on in the Chicago Sun-Times took a look at two opposing positions.

Robert Stern, from Boston University, noted the leading experts around the world do not question the existence of CTE. He pointed to a number of studies that have been conducted analyzing the brains of 85 people who had died. Out of these 85, 64 were athletes who were involved in sports the caused repeated brain trauma. It was pointed out 68 out of the 85 showed signs of CTE and the degeneration that accompanies it.

From the opposite viewpoint, Christopher Randolph said the study showed only that something was changed in the brains of these people, and it had uncertain clinical significance. This, he states, does not prove CTE exists, and more studies must be done to confirm it.

What can we learn from this? Even though researchers do not agree entirely, what they do acknowledge is that repeated blows to the head and neck put one at further risk for damage to the brain.

If one has suspicions that a concussion has occurred, or if a serious blow to the head or neck has happened, one of the best sources to seek care is from an upper cervical chiropractor. Here at our Redwood City, California practice, we examine a patient’s neck for damage and work to correct it quickly and gently so damage does not progress. Once the misalignment is corrected, a person can have peace of mind, knowing that the best care possible is being administered.