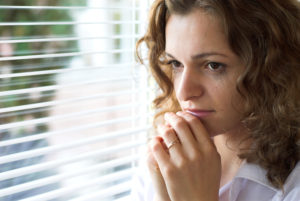 An interesting link has been discovered between fibromyalgia (FM) and chronic fatigue syndrome (CFS). These two conditions are very similar but not the same. Fibromyalgia is known for widespread pain throughout the body. Chronic fatigue is feeling exhausted all the time and not getting any relief no matter how much rest or sleep you get. The probability of getting diagnosed with either of these conditions increases with age. Women are affected more often than men.

If you have these symptoms, you may have chronic fatigue that was brought on by fibromyalgia. This affects as many as 7% of the population with many more cases going undiagnosed.

Fibromyalgia still remains a bit of a mystery. However, it is known that the problem often begins in the nervous system. It has been seen that those with FM have abnormal blood flow to the thalamus, an area of the brain that causes changes in metabolism and energy levels. The brains of those with fibromyalgia show anatomical, neurochemical, and physiological chemical changes compared to those without FM. Windup is a term used to describe the way the brain reacts in those with fibromyalgia. It is a hyper awareness of pain, even when there is little or no pain.

Helping Both Fibromyalgia and Chronic Fatigue

One area of care seeing great success in helping FM and CFS patients is upper cervical chiropractic care. Here at Advanced Spinal Care in Redwood City, California, we understand the delicate relationship between the bones of the upper neck and the central nervous system. If either of the top two bones of the spine is out of alignment, they can put pressure on the brainstem and cause it to send improper signals to the brain. This can lead to FM and CFS. By gently correcting the misalignment, many patients have seen an improvement in or even an elimination of fibromyalgia symptoms.