The Effects of Whiplash in Redwood City, CA 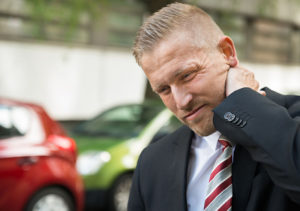 Whiplash is the over-extending or straining of the neck muscles due to some sort of impact. Often it is related to car accidents, but it can also occur during a sports game, bungee jumping, shaken baby syndrome, and incidents where a direct blow to the head occurs. Whiplash associated disorders are a group of conditions brought about by whiplash. They are also known as coup contrecoup injuries.

These types of injuries have a negative effect on the cerebrum, the largest part of the brain that resides just below the skull. The cerebrum is the uppermost region of the central nervous system. It consists of the following:

What exactly is a coup contrecoup injury? Breaking it down, it is actually referring to two different injuries that often occur at the same time. The coup injury has to do with where the head was hit with an object. Usually, the moving object impacts the head. The contrecoup injury has to do with the opposite side of where the head was hit, similar to ricocheting. Usually, the moving head hits an object.

Where to Get Help for Whiplash

If a person has been diagnosed with whiplash, a good place to look for help is to seek the care of an upper cervical chiropractor. When whiplash happens, the neck often becomes misaligned. By realigning the bones of the upper neck vertebrae, the tissue and muscles can begin to heal, and the effects of whiplash can be done away with. If left untreated, it may lead to fibromyalgia, migraines, and a number of other conditions.