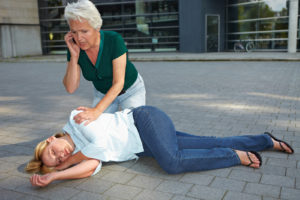 According to the CDC, 10% of people will experience a seizure in their lifetime, and up to 3% will have epilepsy as a diagnosis by the time they reach 80 years of age. As many as 75% of those who experience one seizure will have a second episode. The condition can be difficult to live with and even to manage. Seizures can take on different forms.

Seizure disorders are challenging not only for those who live with the condition but for physicians too. Pinpointing a singular cause eludes the medical community. New guidelines have been released for the approach to treating a patient who presents with a first-time seizure. Under the new regulations, it is advised that medication is administered to prevent a possible second seizure from occurring. Debates over the invasiveness of this continue. For many, a second seizure may never happen, yet they may be medicated for it nonetheless.

In an effort to seek a more natural alternative to the conventional treatments for seizures, many are turning to upper cervical chiropractors. Upper cervical chiropractic involves alignment of the atlas bone (the top vertebra in the neck). The role this bone plays in brain and central nervous system function is important. Should the vertebra be misaligned, it can affect the systems responsible for controlling body movement.

Clinical studies have assessed those who have experienced multiple seizures for misalignment of the Atlas. Those who received upper cervical chiropractic care were noted to have short term relief from the seizures, and many for extended periods of time. Analysis of the upper region of the neck by an upper cervical chiropractor can reveal if there is a misalignment. A precise adjustment is made to correct the position, thus relieving the brain and nervous system from pressure and communication blockages. Normal function can return.